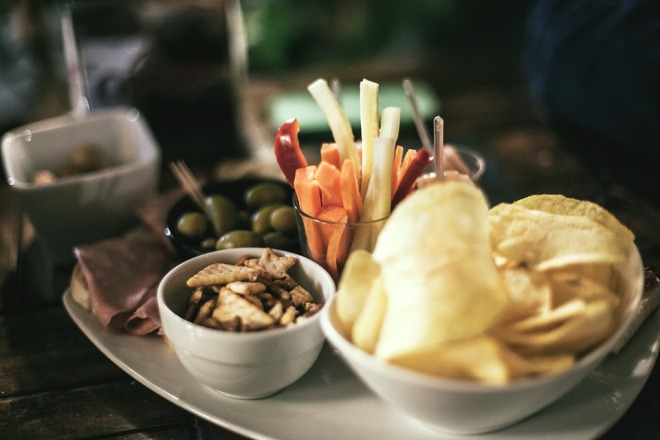 You may have told and discouraged from eating late at night with the belief that eating late on can lead to significant weight gain and hamper weight loss attempts.

Is this a myth or based on scientific fact?

The True Driver of Weight Gain
Although the theory does make a valid point, there is a clear misunderstanding on what actually drives weight gain that dispels this theory.
Weight gain occurs due to being placed within a Calorie Surplus over a prolonged period of time. A calorie surplus is quite simply when an individual consumes more calories than they burn in a day. Over time, this surplus will lead to increased fat storage and thus increase body weight. This, and this only, is the true driver of weight gain – not meal timings, specific foods / diets, the amount of sugar or fat consumed or anything else for that matter. Read my article “Fat Loss 101” for more detail on this topic.

Although it doesn’t directly lead to weight loss, should I avoid late night eating?
With a true understanding of what causes weight gain, the answer is no. You do not need to avoid late night eating. What matters is the number of calories consumed throughout the course of the day.
However, studies do exist that indicate that late night eating could lead to weight gain. So why is this? Again, I must stress that this isn’t down to the time that the food is eaten but rather it is often the case that poor food choices are taken in the evenings. Night-time eaters are potentially more likely to consume more calories than those who eat only throughout the day. Think about it – after a long day’s work, the last thing you want to do is spend 1 hour slaving in the kitchen making something healthy and nutritious when it’s much easier to prepare a calorie-laden meal that will be ready within a few minutes. We’ve all been there and I’m sure you can relate to this.

Don’t believe me? Then take it from a physician, Dr. Caroline Cederquist who said..
“Over the years, I have reviewed research that says that only the total caloric intake ingested over the day matters. I think this is the real crux of the issue. At midnight, people will rarely make chicken and salad. They will eat ice cream or chips, the high-fat or high-sugar foods that our bodies store so effectively as fat.”

So there is a danger that you may consume more calories in the evening which could place you within a calorie surplus and impact your weight. However, it is fine to eat late at night as long as you ensure you are outwith a calorie surplus.