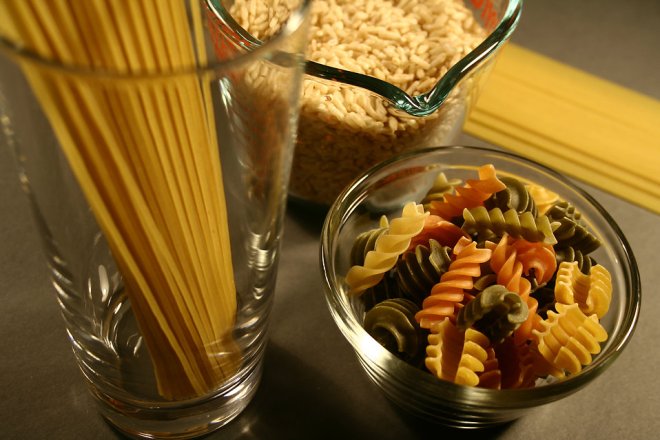 In recent times, carbohydrates seem to have been demonised and many believe carbs to be “bad” and as a result attempt to totally cut out every single form of carbs in their diet. In actual fact carbs are essential for the body, so much so that the governments recommendation is that we every meal should include a starchy, carbohydrate component.

https://chrisstonepersonaltraining.com/2017/03/22/nutrition-101/
(Read my previous blog on nutrition for a reminder on carbohydrate structure and functions)

1) Fuel
Your body requires energy to fuel movement and function of the body and the primary source comes from carbohydrates. When carbohydrate enters the body it is broken down by the digestive system into glucose. Glucose is a sugar which is used to fuel many tissues in your body. When carbohydrate is not available the body will break down the fat stores to provide fuel for the body and this will help to reduce body fat, however reducing body fat can still be done effectively without starving the body of carbs.

2) Cravings
When an individual tries to move from a carb-laden diet to completely cutting out carbs they will inevitably be faced with cravings to eat carbs. Not only does the body require it for energy to fuel the body but also because their body is used to having a consistent portion of carbs per day to suddenly having none it will respond with these cravings. Initially the individual may be able to resist the temptation but eventually they will, more often than not, satisfy that craving which then can potentially lead them back into their old unhealthy eating habits.

3) Health Concerns
Following a Low-Carb or No-Carb diet does raise some health concerns. Firstly, as a result of cutting carbs, the body will likely be low in fibre. Fibre is an insoluble substance that is not broken down through digestion. Fibre has lots of health benefits which include disease prevention (such as heart disease and diabetes) and improved digestive health so therefore it is important we consume a sufficient amount of fibre. Secondly, and I’ve touched on it already, there will be a glucose deficit in the body which can lead to dizziness, nausea, headaches and poor concentration. Other side effects may include halitosis and insomnia.

So, instead of focussing on less carbs, focus on getting the right carbs. Cut down on refined sugars and ensure you’re getting carbs from nutritious sources such as fruits, veg and grains.

Additionally, you don’t need to neglect the “bad” carbs. If you cut out the all of “bad” foods that you enjoy, you’ll likely be left craving them until you give in. It is absolutely fine to incorporate them into your diet, but do so in moderation.

Focus on creating a calorie deficit

If weight loss is your goal, instead of focussing on cutting out a specific nutrient, whether that be carbohydrates or fats, focus on creating a calorie deficit instead.
A calorie deficit occurs when the body is consuming less calories than it requires daily. When the body can no longer use food sources as energy it will begin to breakdown body fat and use that as energy instead. As a result, when the body is placed in this calorie deficit over a prolonged period, changes in body composition will occur. By completing regular exercise and dropping calorie intake by 250 calories (beneath your recommend daily calorie intake) a change in body composition will occur.

It must be said that you can create a calories deficit by reducing your intake of carbohydrates and fats. However, focus should be on calories rather than the amount of macros consumed.